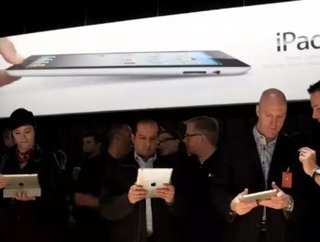 More evidence broke yesterday that Apples renowned supply chain is perhaps the most powerful of its kind in the world. According to Brian Whites &ldquo...

More evidence broke yesterday that Apple’s renowned supply chain is perhaps the most powerful of its kind in the world.

White, who closely monitors Apple’s Taiwan-based supplier actions with Ticonderoga Services, reportedly said the company’s strong November could be remembered as Apple’s strongest November ever. That had been predicted by some, as the company’s iPhone 4S and iPad 2 are among the holiday season’s best sellers and have taken advantage of a strong consumer demand in the United States.

While the strong November is good news for Apple and its omnipotent supply chain, the month followed a relatively weak October that stirred doubt among investors. Apple had reduced its shipments during October, particularly those of the iPad 2, but Apple Insider reported that the reduction had more to do with the abundance of units the company ordered during the previous quarter.

“After negative supply chain data points dragged Apple's stock lower in November, we believe today's Apple Barometer print will provide fuel for the stock to move higher in the near term,” White wrote.