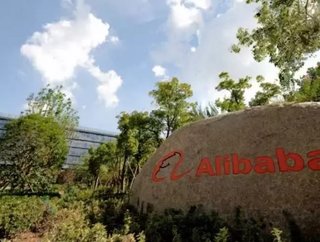 Follow @SamJermy and @SupplyChainD on Twitter.Alibabas IPO (initial public offering) now ranks as the worlds biggest in history at $25 billion, after th...

Alibaba’s IPO (initial public offering) now ranks as the world’s biggest in history at $25 billion, after the Chinese e-commerce giant and some of its shareholders sold additional shares.

After a frenetic opening on the New York Stock Exchange, Alibaba is now worth more than Facebook or Amazon and eBay combined.

Overwhelming demand saw the IPO initially raise $21.8 billion and then send Alibaba's stock surging 38 percent in its debut on Friday 19 September. That prompted underwriters to exercise an option to sell an additional 48 million shares, a source with direct knowledge of the deal said.

The move to exercise what is known as the ‘green shoe’ option as part of Alibaba's initial public offering was widely expected if its shares performed well in the public market.

The IPO surpassed the previous global record set by Agricultural Bank of China Ltd in 2010 when the bank raised $22.1 billion.

Under the option, Alibaba agreed to sell 26.1 million additional shares and Yahoo 18.3 million, netting the two companies an extra $1.8 billion and $1.2 billion respectively.

At its closing share price on Friday, Alibaba has a market value of $231 billion, exceeding the combined market capitalizations of Amazon and eBay, the two leading U.S. e-commerce companies.

For the latest up to date financial market information on Alibaba, including its share value, please visit http://finance.yahoo.com/q?s=BABA