A Year-End Review of Shipping Costs 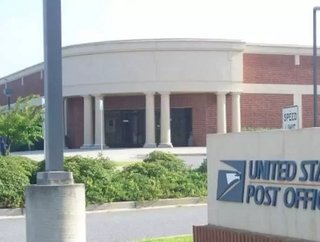 By John Haber, founder and CEO of Spend Management Experts Although leading indicators point to a continuing but very slow economic recovery in the Uni...

By John Haber, founder and CEO of Spend Management Experts

Although leading indicators point to a continuing but very slow economic recovery in the United States, the U.S. stock market has been roiled by the twin forces of political gridlock in both Washington, D.C. and the Euro zone. The upcoming 2012 U.S. presidential election threatens to paralyze any financial stimulus at home while Euro-zone economic turmoil continues over a possible Greek default and the likelihood that financial unrest could domino into Ireland, Italy, Spain and Portugal all makes for a very uncertain Global economy.

As 2011 draws to a close and manufacturers, suppliers and retailers set their sights on the New Year, here are some of the market forces they should take into account.

Presidential election year:The contest to America’s highest office promises to be tight. It also looks like Washington’s grid-lock will remain in place until the contest is decided. This bodes for continued slow growth as federal stimulus initiatives are stymied by Congress.

Five-day delivery for USPS– Although it still lacks final Congressional approval, the plan for the Postal Service to implement five-day delivery will probably go into effect in fiscal year 2011. Despite its unpopularity among unions and many democrats, the plan has won the support of President Obama and could generate as much as $3.1 billion in annual savings. Mail will not be delivered to street addresses on Saturday, and mail will not be collected from blue street collection boxes or Post Offices on Saturday. Also, there will be no Saturday pickup of mail from homes and businesses. Express Mail will continue to be delivered six days a week. The new delivery schedule will have a profound effect upon organizations that rely on USPS shipping or a combination of private shipping and USPS shipping.

Collusion and price fixing allegations– In 2011, both the U.S. Federal Maritime Commission and the European Commission investigated price collusion among U.S. and internationally-based ocean shipping lines. European and Asian lines are under the gun for violating antitrust rules while U.S. shippers have been charged with fixing prices and increasing fuel surcharges on shipping lanes to Puerto Rico and on trans-Pacific routes. Railroads have been targeted as well. In particular, Union Pacific and Burlington Northern Santa Fe are being sued by Oxbow Mining, which claims the railroads conspired to raise prices on customers like the Colorado coal mine that Oxbow runs. While Congress has discussed regulating railroad pricing more closely, it has not approved any new rules. Railroads maintain that they must charge higher rates to cover their costs and reinvest in their costly track networks.

UPS and FDX’s refusal to negotiate with 3rd parties– Parcel shippers UPS and FedEx have not been exempt from pricing collusion charges either. This last year, parcel shipping consultant AFMS LLC filed a lawsuit against both companies alleging that they conspired to fix prices for parcel shipments by shutting third parties out of rate negotiations. The first hearing on the case is set for Jan. 13, 2012.

Fuel costs – The good news on the slow recovery is that oil prices are well below the panic prices of $115 a barrel. At the end of the first week in November, benchmark crude fell 40 cents to $93.67 per barrel. Commodities forecasts are calling for slower demand as Euro-zone trouble crimp European growth as well as Chinese exports for the foreseeable future. The bad news is that this is just the kind of market condition that fuels complacency amongst shippers. With little indicator of how the market will fare over the next few months, take this time to:

1. Optimize every carrier contract. What terms and conditions can be improved today?

2. Benchmark pricing. Have you confirmed – rather than assumed – that you’re paying the lowest price? Have you reviewed and justified every surcharge and accessorial?

Capacity Concerns:With fuel costs so unpredictable, many shippers are turning to railroad companies to move their goods across the supply chain. However, container shortages threaten many of the efficiencies offered by rail. Currently, rail container production has been lagging creating a decrease in capacity. This may eventually drive the cost of railroad shipping upwards.

Our conclusion? Today’s supply chain organizations need more aggressive spend management to reduce costs and mitigate risk in shipping. Traditional tactics like invoice auditing and refund recovery are great ways to cut shipping costs in a stable market, but the complexity of today’s shipping environment requires a deeper understanding of how to lessen the impact of industry, political and economic forces on corporate spending.