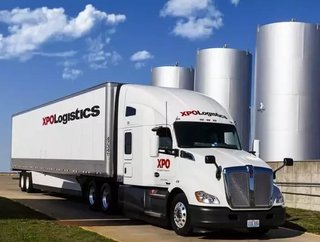 XPO Logistics has been named the top performing US company on the Forbes 2017 Global 2000. The Forbes Global 2000 list ranks public companies according...

XPO Logistics has been named the top performing US company on the Forbes 2017 Global 2000.

Troy Cooper, Chief Operating Officer of XPO Logistics, said: “We’re honoured to be recognised by the Forbes Global 2000 as the U.S. leader among the world’s top brands.

“Our goal is to always be the best at what we do, and the growth follows. This ranking is a testament to the passion we have for continuously building value for our customers, employees and investors.”

In addition to the 2017 Global 2000 ranking, Forbes earlier named XPO one of America’s Best Employers for 2017.

XPO has made a number of eye-catching moves in the US logistics market in recent months.

The expansion, which is currently underway, will position XPO’s last mile footprint within approximately 90% of the U.S. population, further reducing transit times.

In August, CEO Brad Jacobs confirmed that a “record level of revenue” for the second quarter has allowed the company has set $8bn aside for investment deals.

Profits increased 11% in the second quarter, as the logistics giant set records for net income and revenue. Sales were up 2% to $3.76bn, and adjusted net income rocketed by nearly half, to $75mn.

Jacobs said: “The most notable growth came in last mile and contract logistics, two of the fastest-growing parts of the supply chain, where we hold leading positions in e-commerce."