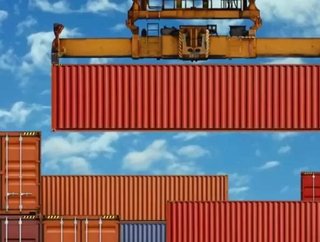 Container freight rates have dropped by 44 percent since May 2012 as a result of overcapacity and &lsquo;various economic turmoil in the market, accord...

Container freight rates have dropped by 44 percent since May 2012  as a result of overcapacity and ‘various economic turmoil’ in the market, according to recent research.

A sea freight comparison by Xeneta has revealed that the average Asia to North-Europe 40ft container freight rate has dropped by 18 percent since the beginning of the year to $2,564 and $1,341 per 20ft container.

The Norwegian company, which monitors 1,700 trade lanes around the world, has recorded a consistent downward slope in its global market index for sea freight over the past few months since the general rate increase was released in March and April.

For the Shanghai to Rotterdam trade route, average shipping prices for containerized freight was as low as $1,141 per 20ft container and $1,978 per 40ft.

According to Xeneta, this is contradictory to what Drewry's market index proclaims, saying that the average per 40ft in the same trade lane is at $1,335. Drewry's index is based on the rates collected from several freight sellers, whereas Xeneta collects actual data from a large member base of both freight buyers and sellers.

"Even though the market is dropping, there are still freight buyers that cannot keep up with the rapid fluctuations in the market, resulting in them overpaying on their routes. Xeneta reports that one of the best in class performers has a price under $1,200per 40ft from Shanghai to Rotterdam," says CEO of Xeneta, Patrik Berglund. "That is why it's so incredibly important to benchmark your own prices against the market, and Xeneta is here to show you what you should be paying, instead of what you are paying," he adds.

Xeneta is on path to a global coverage of trade lanes, already covering 1,700 port pairs around the world and still growing swiftly. Among those trade lanes you can find several high-traffic ones like Hong Kong to Hamburg which operates at $1,998per 40ft and Singapore to Bremerhaven at $2,038 per 40ft, last tracked 23/5/2013.