Why the Philippines is becoming less competitive for logistics 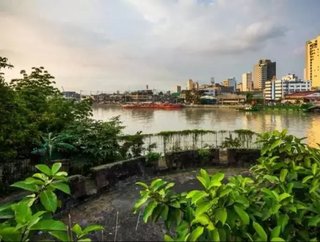 Following the much publicised election of Rodrigo Duterte to the presidency of the Philippines, the countrys ranking in the Logistics Performance Index...

Following the much publicised election of Rodrigo Duterte to the presidency of the Philippines, the country’s ranking in the Logistics Performance Index (LPI) of the World Bank has fallen by 14 places to 71st this year from 57th in 2014.

The report “Connecting to Compete 2016: Trade Logistics in the Global Economy” showed that the Philippines scored 2.89 this year from 3.14 when it ranked 44th in 2010.

Stalwarts of the Philippines’ logistics industry have voiced concerns over a series of Bureau of Customs (BoC) directives instigated in the past year which, they say, have made live contracts with the Philippine Ports Authority (PPA) more uncertain.

The Philippines’ score in the WB report dropped in all criteria except in timeliness of shipments, which jumped to 70th year from 90th in 2014.

The country’s ranking in customs services dropped to 78th place from 47th based on the efficiency of the clearance process that included speed, simplicity, and predictability of formalities by border control agencies.

For quality of trade and transport-related infrastructure, the South East Asian nation dropped to 82nd from 75th. Its rank for easing the arrangement of competitively priced shipments criteria plunged to 35th from 60th. The ranking of the Philippines slipped to 77th from 61st for competence and quality of logistics services including transport operators and customs brokers. It also fell to 73rd from 64th on the ability to track and trace consignments.