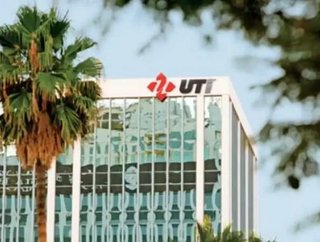 The company’s total revenue fell 11 percent to $1.16 billion following an ‘anaemic global economic and weak freight environment’, according to a statement released by Eric W.Kirchner, CEO of UTi.

Despite the company’s profit contraction, shares rose as much as 11 percent following the announcement, following relief that the results weren’t as bad as feared.

Shareholders were concerned after FedEx, the world’s second largest packaging company, cut it’s profit outlook for the current quarter this week, blaming the decline on a decrease in the demand for shipments in the light of the weak global economy.

According to the statement released by UTi, airfreight was once again impacted more than other modes, which experienced a significant drop in tonnage rates.

Uti Worldwide has undertaken a multi-year plan to establish a single set of global processes for it’s freight forwarding business and global financial management, which analysts say will put the company in a good position to benefit from an eventual turnaround in air freight volumes.