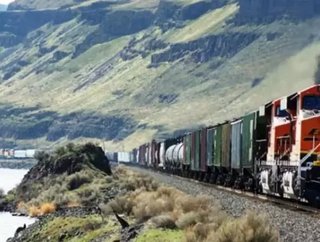 Who says were still in a recession? Not the freight transportation industry. According to numbers released yesterday by the U.S. Department of Transpor...

Who says we’re still in a recession?

Not the freight transportation industry. According to numbers released yesterday by the U.S. Department of Transportation, trade between the United States, Canada and Mexico reached $80.8 billion in March of 2011, the highest monthly trade figure since NAFTA began collecting data in 1994.

While inflating transportation costs are partially to blame for the increase in trucking and freight rail traffic, the $80 billion spent on North American land transportation beat the previous high in April of 2008 by 8.8 percent. March’s numbers were also more than 15 percent higher than the $70 billion spent on surface trade in the same month of last year.

The figures were revealed by the Bureau of Transportation Statistics, with U.S. surface trade including road and rail freight, pipeline and mail shipments. According to the report, U.S. surface transportation trade has increased by 58.3 percent in value since March of 2009.

The freight and distribution industry forecast

The figures could be the start of the trucking and rail freight explosion that’s expected to occur over the next decade. As we reported last week, The US Freight Transportation Forecast is projecting trucking freight tonnage to grow 24 percent by 2022.

While freight rail’s numbers figure to grow more modestly, the long-term outlook for freight rail appears bright. In one of our articles last week, ton-mile growth could be in the 80 percent range by 2035 to 2040.