US High-speed rail comes to a screeching halt 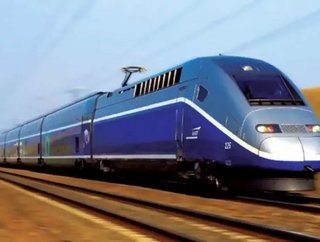 When President Barack Obama took office, one of his main goals was to lay the foundation necessary to get high-speed rail jump started in the United St...

When President Barack Obama took office, one of his main goals was to lay the foundation necessary to get high-speed rail jump started in the United States. On paper, the $2.02 billion secured to fund 22 rail projects in 15 states looks like he’s on the right track. Pun intended.

But according to a blog on the Heritage Foundation, no high-speed rail will be built. Instead, the $2.02 billion secured will go toward subsidizing freight railroads and slow-speed Amtrak trains.

High-speed rail is defined as trains that travel at 150 miles per hour or more, but Amtrak’s average speed in Ohio is 39 miles per hour, which is slower than most cars can drive in reverse.

States around the country are questioning the merits of high-speed rail, due mostly to its prohibitively high cost. In California, one estimate pegged a San Francisco to Los Angeles high-speed rail line construction cost at over $80 billion.

How freight rail is getting the U.S. economy back on track

Some states are already pulling out of high-speed rail. Yesterday, the high-speed rail in Florida had its plug officially pulled, as new governor Rick Scott said $2 billion the state had received for high-speed rail would be spent elsewhere, according to the Transportation Department.

High-speed rail is a great green transportation solution, and its prospects in the freight rail industry sector are promising. But until costs come down, it looks like we’ll have to wait a little longer for this dream to become a reality.