US freight railroads plan to invest record $13B in 2012 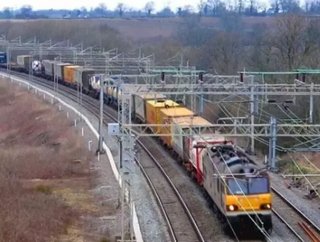 Do jobs in freight rail equate to economic growth? Well find out in 2012 and the years beyond. U.S. major freight rail operators are planning to invest...

Do jobs in freight rail equate to economic growth? We’ll find out in 2012 and the years beyond.

U.S. major freight rail operators are planning to invest a record $13 billion this year in an effort to expand, upgrade and enhance the nation’s rail network.

The Association of American Railroads confirmed that the industry is also expecting to add 15,000 new employees this year, who will take the place of retired workers in addition to working in new jobs.

“Unlike trucks, barges or airlines, America’s freight railroads operate on infrastructure they own, build and maintain themselves so taxpayers don’t have to. And this year they are investing at a record rate to meet the demands of the recovering economy,” Edward R. Hamberger, AAR president and CEO, told Supply Chain Brain.

“These investments help businesses get their goods to market more efficiently and affordably, so they too can innovate, invest and hire. That’s how freight rail spurs the American economy and supports jobs all across the country.”

Though 2012 will be a banner year for freight rail, the industry had spent a good amount of capital on expansion in the past. Railroads spend roughly 17 percent of annual revenue on capital expenditure, while U.S. manufacturing companies reinvest approximately 3 percent of revenue.

“As the demand to move more freight by rail increases and a significant percentage of the rail workforce hits retirement age, freight railroads are continuing to add and fill jobs nationwide,” said Hamberger. “These jobs are well paying, highly skilled careers that cannot be offshored.”