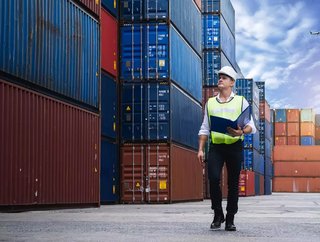 Today, Vice President Kamala Harris and Singapore Prime Minister Lee Hsien Loong launched the Partnership for Growth and Innovation. According to Bloomberg, the new initiative will focus on four components: digital economies, energy and environmental technologies, advanced manufacturing, and healthcare R&D. In addition, Harris and Lee stressed the importance of resilient supply chains and announced plans for a US-Singapore ‘industry and government dialogue’.

The States has realised that it still needs to rely on foreign allies for critical goods. Before Vice President Harris left for Singapore, she spoke to GM’s Chief Executive Officer, Mary Barra, about the fragility of the semiconductor supply chain. Remember, tech plants in development in the States won’t be operational at full scale for years. So Harris and Biden, in search of APAC allies, have turned to Mr Lee’s Singapore: the nation ranked as Asia’s #1 logistics hub for 10 years straight by the World Bank.

As Bloomberg points out, US officials have been careful to frame Vice President Harris’s visit to the region as a positive measure: one in which the States re-emphasises its commitment to the region. Singapore, after all, shouldn’t have to choose between China—its close neighbour and potentially dangerous ally—and America.

Will this work? We’ll have to see. As the Asia Society Policy Institute puts it, initial announcements by the States about goodwill and supply chain change might be met with scepticism. But if these talks result in the States taking some serious policy measures to collaborate with Singapore, it might regain some of its former credibility.

More than merely strong supply chains. In climate, Singapore and the States agreed to partner up to develop sustainable finance systems and private capital R&D. In global health, they committed to enhancing COVID-19 research and infection detection. And in cybersecurity, they told each other that they’d share details on cyberthreats.

‘I expressed our appreciation for the active role of the US in the Asia Pacific, especially in Southeast Asia’, says Prime Minister Lee. ‘[We support] a stable, rules-based international order in the region, where all countries can both cooperate and compete peacefully with one another, and prosper together’.

All in all, Kamala Harris’s presence in the region is a sign that the States is serious about building stronger relationships in APAC—even as the US-China trade war looms large. The talks have started. Now all that’s left to do is to see if anything concrete will come out of it.