U.S. and Boeing Declare Victory over EU and Airbus after WTO Ruling 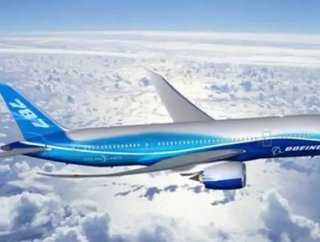 By: Sharise Cruz The World Trade Organization has ruled that the U.S. and state governments have givenBoeingmore than $5 billion in illegal subsidies...

The World Trade Organization has ruled that the U.S. and state governments have given Boeing more than $5 billion in illegal subsidies and must withdraw them or make amends for harm caused to Boeing’s European rival Airbus. The ruling adds another layer to the long-running trade dispute between the two commercial aircraft builders.

Boeing and the U.S. consider today’s ruling to be a triumph, as it proves that Boeing’s subsidies amount to chump change when stacked against those previously given to Airbus.

“The WTO has vindicated the view the United States has taken for the last 20 years that the subsidies the Europeans give to Airbus dwarf anything that the U.S. government does for Boeing,” U.S. Trade Representative Ron Kirk said in a statement.

The feud over subsidies and accusations between Boeing and Airbus has been brewing since 2004, when the U.S. informed the WTO that the European Union was illegally subsidizing Airbus.

CHECK OUT THE TOP STORIES FROM THE WDM CONTENT NETWORK   • The Trillion Dollar Race for the Eastern Seaboard     • SAP, Oracle and Accenture weigh in on Inventory Reduction      • Oracle’s Top Tips for Supplier Relationship Management        • The Best U.S. Trucking Companies to Work for

Upon investigation, the WTO determined that Airbus had received around $20 billion in subsidies from European governments.

As always, CLICK HERE to see the latest issue of Supply Chain Digital as it appears in our e-reader.

European trade officials believe that the U.S. government needs to take responsibility for its subsidies and take the appropriate steps to reach a mutually agreed solution to the dispute. The EU said that as soon as Friday, it will likely appeal parts of the WTO’s ruling on Boeing. EU trade Commissioner Karel De Gucht said that the ruling “clearly shows Boeing has received huge subsidies and continues to receive significant subsidies today.”