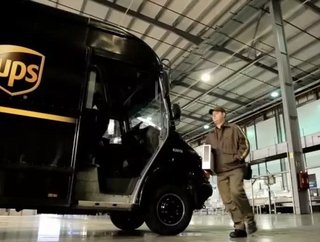 UPS has announced that Kiala locations in the Netherlands will be co-branded as UPS Access Point locations.This is the initial step in the full rebrandi...

UPS has announced that Kiala locations in the Netherlands will be co-branded as UPS Access Point locations.

This is the initial step in the full rebranding of Kiala locations to UPS Access Point locations, slated for completion in 2016. In addition, as part of the continuing UPS integration of the Kiala network, more convenient offerings are now available to online retailers and consumers in the Netherlands.

In order to meet the growing cross-border e-commerce need, online retailers and consumers in France, Germany, the Netherlands, Spain and the UK can now ship their goods ordered online directly to UPS Access Point/Kiala locations in any of these countries, as an alternative to home delivery.

For a Dutch consumer who may not be at home for a residential delivery, UPS parcels may be re-directed to a UPS Access Point/Kiala location, allowing them to pick up their packages on their own schedule and at their convenience. Delivery information notices, left by UPS drivers, will inform consumers that they can pick up their package the same day.

Henk Kammeraat, Managing Director UPS Netherlands, said: "These additional services address the results of our 2013 Pulse of the Online Shopper survey in which consumers indicated that they want more control over when and where their purchases are delivered, and a convenient returns process.

“Additionally, it contributes to our sustainability efforts by reducing the number of return trips a driver needs to make to an address, which lowers carbon emissions."

UPS acquired Kiala in February 2012. Already deployed in the Benelux, France and Spain, the Kiala model has since been introduced under the name of UPS Paket ShopTM in Germany and UPS Access Point in the UK. The network today includes over 12,000 locations in 7 European markets with scope for further expansion. There are currently 700 UPS Access Point/Kiala locations in the Netherlands.