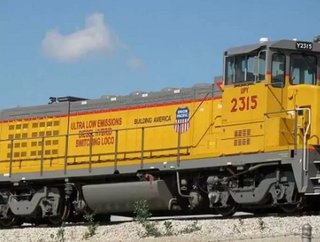 Follow @WDMEllaCopeland Union Pacific Corp, the largest railroad network in the United States, has posted a 15 percent rise in profits following a rise...

Union Pacific Corp, the largest railroad network in the United States, has posted a 15 percent rise in profits following a rise in automobile and chemical shipments.

"Despite a 12 percent decline in coal volumes and significantly weaker steel and scrap metal markets, we generated best-ever financial results across the board," said Jack Koraleski, Union Pacific chief executive officer. "We achieved solid core pricing gains, managed our network efficiently and delivered on the benefits of our diverse franchise with growth in other markets."

According to the statement by UPS, freight revenue for Chemicals an Automotives went up by 17 and 15 percent respectively. Intermodal rates were up eight percent, whereas industrial products were up two percent. Agricultural and coal revenues were down four percent and five percent respectively.

"As we look out over the next several months, the political and financial challenges in the U.S. and abroad have increased economic uncertainty," Koraleski said. "In this environment, we'll continue to be agile as we were in the third quarter. We'll adapt to changing market conditions and leverage our diverse franchise to provide excellent customer service and generate strong returns for our shareholders."