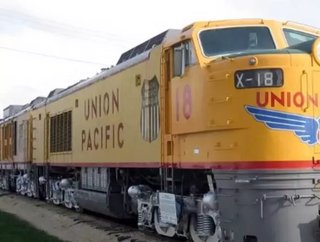 Most of the talks surrounding the United States supply chain these days centers on coastal ports. Union Pacific, owners of the largest railroad network...

Most of the talks surrounding the United States supply chain these days centers on coastal ports. Union Pacific, owners of the largest railroad network in the country, has ideas to grow U.S. logistics from the inside-out.

UP has announced its intentions to invest $1 billion in Nebraska over the next several years as part of an aggressive capital investment program.

Smack-dab in the middle of the United States, lies the state of Nebraska, which will undergo $70 million in capacity expansions at its North Platte rail yard, $220 million in new rail infrastructure and an additional $206 million in miscellaneous fees, including a bridge over the Elkhorn River.

According to an economic model by the U.S. Department of Commerce, every dollar invested in freight railroads leads to $3 in economic output, while every job in rail operations leads to about 4.5 jobs. Those figures could have spurred Union Pacific to announce its investment intentions in Nebraska.

“We're proud that Union Pacific has been part of Nebraska for 150 years,” Union Pacific CEO Jim Young. “[This] announcement of our $1 billion infrastructure investment...renews our commitment to helping stimulate business and job growth in [the state].”

The move makes sense for the freight rail company. Roughly 8,000 of the company’s 45,000 employees are based in Nebraska. Those 8,000 employees earn almost $1 billion annually, injecting massive amounts of money into Nebraska’s economy.

Union Pacific’s 1,068 miles of track in Nebraska form some of the primary arteries that connect West Coast ports in Los Angeles and Oakland with rail hubs in Chicago and Dallas.