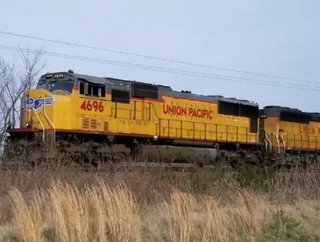 With all the fear surrounding a double-dip recession in the United States and around the world, its nice to see one high-ranking logistics official pre...

With all the fear surrounding a double-dip recession in the United States and around the world, it’s nice to see one high-ranking logistics official predict just the opposite.

Union Pacific Chairman and Chief Executive Jim Young doesn’t foresee a double-dip recession within the United States, although he does see the potential for slow growth in the near future as companies and consumers limit spending.

“I don’t see a double dip, I hope not,” Young said. “But what you may see is relatively low growth going forward.”

Union Pacific operates the nation’s largest public railroad in terms of market capitalization. Railroad giants like Union Pacific are often seen as an economic bellwether of sorts, as logistics and shipping trends are usually a good indicator of how well the economy is functioning.

The railroad company expects demand for energy to be the driving force behind freight, including a strong push for domestic coal. Goods related to food production and consumption will also be in high demand.

Consumer commodities are the wild care, however, with the automobile industry struggling and the housing market stagnating.

“Inventory ratios are as low as they’ve ever been,” Young said. “Our customers are really keeping their inventories tight. So for us, if you get any kick of consumer demand, you will see a jump in production.”

Like most other logistics companies, Union Pacific is hoping for a strong late push from the holiday season. While industry wide U.S. rail traffic was down 0.3 percent in August, Union Pacific’s volume jumped up 14 percent from last year.