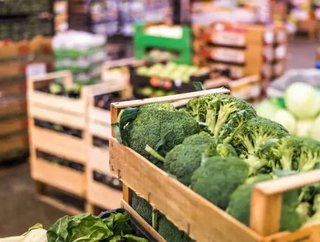 More than 100 organisations from across the UK have joined a manifesto aiming to ensure the UK’s food supply chain remains secure following the nation...

More than 100 organisations from across the UK have joined a manifesto aiming to ensure the UK’s food supply chain remains secure following the nation’s departure from the European Union (EU).

As the country prepares to leave the EU, the industry has called on the government to publish a white paper outlining trade and agriculture policies securing the supply chain future.

“In the manifesto we warn, as a collective, that a Brexit that fails to champion UK food producers, and the businesses that rely on them, will be bad for the country’s landscape, the economy and critically our society,” stated Minette Batters, President of the National Farmers Union.

“Conversely, if we get this right, we can all contribute to making Brexit a success for producers, food businesses and the British public, improving productivity, creating jobs and establishing a more sustainable food supply system.”

“As we enter this critical period in the Brexit negotiations, the signatories to this manifesto will be looking to government to ensure its objectives are aligned with ours to ensure British food production – something of which every person in this country enjoys the benefits – gets the best possible deal post-Brexit.”

Batters has sent the manifesto to the UK’s Prime Minister, Theresa May, on behalf of all those who signed it, including the British retail Consortium, and the Food and Drink Federation.

“We have been clear that up until December 2020, employers in the agricultural and food processing sectors will be free to recruit EU citizens to fill vacancies and those arriving to work will be able to stay in the UK afterwards,” the government responded to the manifesto through a spokesperson.

“We are determined to get the best deal for the UK in our EU negotiations, not least for our world-leading food and farming industry which is a key part of our economic success.”