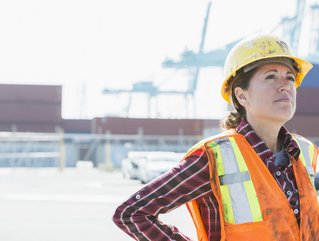 Mundra & Melbourne top lists of busiest ports in India & Australia, with Jawaharlal & Chennai and Port Botany & Brisbane next in terms of container traffic

(NOTE: A Twenty-foot Equivalent Unit (TEU) is a unit of measurement used to determine cargo capacity for container ships and terminals. It's derived from the dimensions of a 20-foot standardized shipping container.)

TEU handled in 2021: 557,000
Located in West Bengal, and once known as Kolkata Port Trust, Kolkata is the oldest operating port in the country, and one of the 12 major ports controlled by the Indian government.

TEU handled in 2021: 593,090
Chidambaranar Port Trust is the most strategically located port in india, being situated close to the East-West International sea routes on the south-eastern coast of the country. It consists of two container terminals, which are operated by PSA Sical Terminals and Dakshin Bharat Gateway Terminal. Combined, these two terminals account for a total capacity of 1,050,000 TEU.

TEU handled in 2021: 970,583
Formerly known as Madras Port, the Port of Chennai is an emerging hub port on the East Coast. It is home to the country’s first dedicated container terminal, which was opened in 1983. Now, it features three docks, 24 berths and a draft ranging from 8.5 metres to 16.5 metres.

In the early days of the pandemic, Chennai faced major congestion, as documents needed to process goods remained unsigned by shippers.

TEU handled in 2021: 4,177,211
JNPT saw container traffic increase year on year by more than 29%. In July 2021, construction of a new berth for coastal shipping was completed, in a bid to improve India’s maritime efficiency. It was part-funded by the Ministry of Ports, Shipping, and Waterways.

TEU handled in 2021: 4,900,000
Mundra Port is jointly owned by Adani Ports and Special Economic Zone (APSEZ). The deep draft, all-weather port is the largest commercial port in India, and boasts state-of-the-art infrastructure. It also houses the largest coal import terminal. According to APSEZ, a total of 6,665,159 TEU passed through Mundra Port’s four container terminals in 2021.

TEU handled in 2021: 20,707
Darwin Port is Australia’s closest port to Asia, and the nation’s ‘northern gateway’ for Australasian trade. Of the total TEU that passed through its facilities were 11,442 TEU in loaded imports and a further 9,265 TEU in exports.

TEU handled in 2021: 778,614
Based in Perth, the Port of Fremantle processes nearly all of the container traffic for Western Australia, but also has facilities for the export of livestock, the import of vehicles, and can handle general cargo trades. It also accommodates cruise ships and naval vessels.

At the end of 2021 the Port of Rotterdam signed an agreement with the Government of Western Australia to collaborate on the development of the hydrogen supply chain.

Brisbane has received Around AU$500mn (US$362mn) of capital expenditure since it was privatised in 2010. A further AU$680mn US($493mn) has been pledged up to 2023 for further expansion and on developing wharf infrastructure to accommodate larger vessels.

TEU handled in 2021: 2,761,769 TEU
Located in South-Eastern Sydney, Port Botany is the largest container port in the state of New South Wales and has the country’s largest bulk liquids-facility. The impact of the pandemic, with its attendant increase in e-commerce purchases, saw the port grow significantly.

TEU handled in 2021: 3,278,635
The Port of Melbourne, in Victoria, is the largest port for containerised and general cargo in Australia. It has a 2050 roadmap development strategy to respond to anticipated growth, which includes nine infrastructure projects designed to meet future freight volumes. One of these is the construction of a new port rail network, scheduled for completion in mid-2023.

(With thanks to Port Technology News).