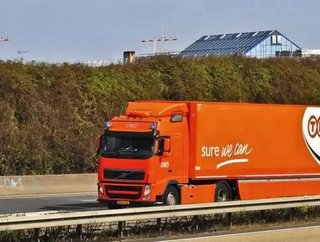 Follow @SamJermy and @SupplyChainD on Twitter. TNT today reported second-quarter revenues of &euro;1.76 billion up 6.2 percent year-on-year, and an o...

TNT today reported second-quarter revenues of €1.76 billion up 6.2 percent year-on-year, and an operating income of €19 million, compared with €3 million in the second quarter of 2014.

Adjusted for positive currency effects, which increased revenues by 4.1 percent, the negative impact of lower fuel surcharges, which lowered revenues by 1.3 percent and disposals (-0.6 percent) TNT’s underlying revenue growth for the period was 4.1 percent, driven by the continued growth of revenues from SMEs.

Operating income for the second quarter of 2015 includes €22 million of restructuring and other charges.

Adjusted operating income was €41 million in the second quarter, €29 million below last year. Profitability was affected by IT transition and Outlook project costs
(€15 million), costs to introduce new services and facilities, as well as pricing pressures.

Capital expenditures rose to €96 million (5.5 percent of revenues) in the second quarter, compared with €37 million (2.2 percent of revenues) in the same period of last year. During the second quarter, TNT continued to invest in sorting machinery, vehicles and IT. Next to investing in Liege, the company is completing new sorting facilities in Madrid, Eindhoven, Swindon (UK), Brisbane and Melbourne, all of which will enter operations during the second half of this year.

Tex Gunning, TNT’s Chief Executive Officer, said: "TNT’s turnaround is progressing well under our Outlook strategy. Service levels and customer satisfaction scores further improved. We are achieving good growth in the SME customer segment after years of decline. Operational excellence investments in infrastructure and Global Business Services are being implemented according to plan and we continue to attract top industry talent.

“We have guided that we expect 2015 to be a transition year in terms of bottom-line performance, as we continue to invest in the transformation of TNT. As for the macro economic backdrop, we have experienced some positive developments in Western Europe, but we remain cautious given the economic volatility in China, Brazil, Australia and Greece. During the quarter, FedEx announced its intention to acquire TNT. The management team believes this is a very positive development for all our stakeholders."

TNT is one of the world’s largest express delivery companies with a global reach to 200 countries and a very strong position in Europe. For more information, please visit: http://www.tnt.com/corporate/en/data/press/2015/07/tnt-express-2Q15-results.html