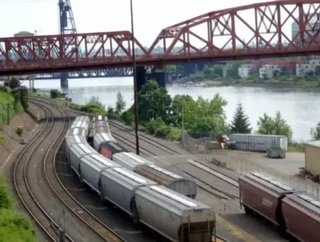 Customers probably arent happy about the way they did it, but many large United States freight rail operators were able to post double-digit revenue in...

Customers probably aren’t happy about the way they did it, but many large United States freight rail operators were able to post double-digit revenue increases in the third quarter.

Norfolk Southern Railway reported an 18 percent year-on-year increase in revenue, up to $2.9 billion. Union Pacific Railroad had a strong third quarter, with its revenue jumping to $5.1 billion for a 16 percent increase. Florida-based CSX saw its revenue rise to $3 billion, an 11 percent increase.

All three major U.S. freight rail operators are looking forward to expected economic growth in the fourth quarter, which could be another successful period for rail shipping.

On the European front, DB Schenker is working on launching its first freight service on High Speed 1, the rail tunnel that links London to the British end of the English Channel. The service will link Barking to Wroclaw in Poland, and is projected to carry automotive, retail and food products.

In Asia, World Bank recently signed an agreement to loan close to $1 billion to build a freight rail line that will connect northern and eastern India. The $975 million project will help growing Indian freight traffic, which joint secretary at the Department of Economic Affairs in the Ministry of Finance Venu Rajamony says is increasing by more than 7 percent annually.

India plans to invest $1.5 trillion into its infrastructure in the next decade.