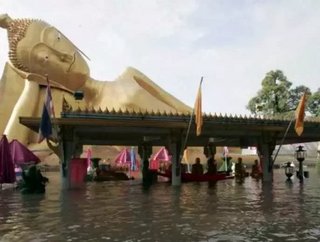 A recovering auto supply chain may have been dealt another major blow in the recent weeks, as flooding in Thailand has reached epic levels. The country...

A recovering auto supply chain may have been dealt another major blow in the recent weeks, as flooding in Thailand has reached epic levels.

The automobile supply chain in the region has become a mess, and hundreds of cars that are scheduled for delivery are submerged in water stemming from the Thailand floods.

About 270 people have died since the Thailand flooding began in late July, and almost 200 factories have flooded. Arguably the most important of those is Honda’s Ayutthaya production plants, which are capable of producing 240,000 vehicles each year.

With floodwaters approaching the area, Honda halted production and evacuated workers from the Ayutthaya plants on Thursday.

“Honda will be hit hardest due to its location but others will nonetheless feel the disruption.”

One industry source said that there were 20 car plants in the Rojana and Saharat Nakorn industrial regions that were disrupted by the floods, which makes up about 10 percent of total automobile parts production for Thailand.

The Rojana Industrial Park, located in the Ayutthaya province, about 45 miles from downtown Bangkok, also has big-time companies like Canon and Nikon, which could see their own supply chain problems caused by the flooding.

The only good news stemming from the developments in Thailand at this point is that eastern province Rayong, the center for most automobile assembly operations, has been relatively unscathed to this point.