Sustainable jet fuel is taking off in London with BA 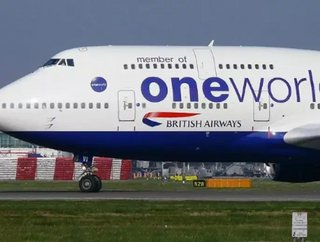 British Airways (BA) and Solena claim to be one step closer to their goal of producing sustainable jet fuel following new partnerships for their GreenSky London initiative.

Following a confirmation of BA’s financial commitment, the GreenSky London project will go ahead, which will see the construction of a state of the art facility that will convert approximately 500,000 tonnes of waste into 50,000 tonnes of sustainable low carbon jet fuel, 50,000 tonnes of biodiesel, bionaptha and renewable power.

The partners aim to make GreenSky London operational by 2015, and have signed an exclusive option on a site for the facility and consent work for the site has begun. More than 150 jobs will be created to operate the facility, as well as 1000 construction positions.

British Airways has committed to purchasing, at market competitive prices, the jet fuel produced by the plant for the next ten years which equates to US$500 million at today’s prices. has also been appointed as advisor to explore the optimal funding through Export Credit Agencies. A Competitive Letter of Interest has been obtained from one of the Agencies including associated term funding.

Different elements of the project will be provided by different companies in the partnership:

Keith Williams, chief executive of British Airways, is ‘delighted’ the project is going ahead.

“We are delighted that the GreenSky London project is getting ever closer to fruition. With world-class technology partners now in place, we are well on our way to making sustainable aviation fuel a reality for British Airways by 2015,” he said.

Robert Do, President and CEO of Solena, said: “Our GreenSky London project will provide clean, sustainable fuels at market competitive prices that will help address British Airways’ sustainability goals. The British Airways off-take agreement represents the largest advanced biofuel commitment ever made by an airline and clearly demonstrates the airline’s leadership and vision in achieving its carbon emission reduction targets. We are proud to have created a consortium of world class companies with expertise in the synthetic fuels sector to support our project.”