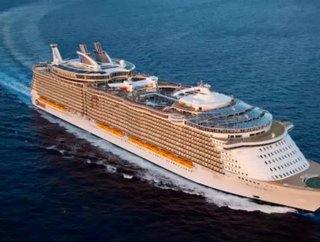 The Finnish supplier has a long track record of supplying automation technologies to Royal Caribbean International's cruise vessels over the years. Oasis 3 is scheduled to be handed over to the owner mid-2016.

John Weierud, Director of Marine Automation at Metso, said: "The world's largest cruise ship sets high requirements on the automation system, as it will control and monitor the electric power plant, air conditioning and swimming pools, among others, around the clock.

“The reliability and availability of Metso DNA's redundant vessel-wide system are of utmost importance".

The ship automation package encompasses machinery, air conditioning and emergency shutdown systems. The total system includes around 32,000 input and output signals, making it a considerably large system, not only for a ship but also compared with many land-based industrial
automation systems.

As the monitoring of energy flow and machinery performance is very important for a vessel of this size, Metso's Energy Management System will also be installed.

Metso has long experience in energy management solutions for land-based industries, and this knowledge is now being made available for the marine industry.

The dock trials are scheduled to start in mid-2015. The contract includes an option for a fourth Oasis-class ship. The order is included in Metso's Automation segment's fourth quarter 2013 orders received.

Last year Royal Caribbean announced a breakthrough with the vital steel cutting for Oasis 3, shown in the clip below.