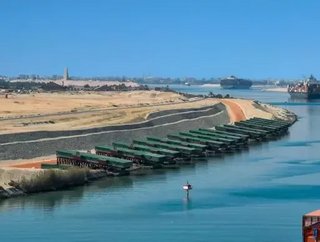 Egypt’s Suez Canal, one of the world’s busiest shipping routes accounting for 12% of global trade, blocked by grounded Ever Given container ship...

Supply chains, already under strain due to COVID-19 and container shortages, have been dealt another blow with the blocking of one of the busiest shipping routes.

The MV Ever Given, owned by Taiwan-based Evergreen Marine Corp., has been turned sideways in the narrow channel, blocking all access and unable to free itself.

Egyptian officials have deployed tugboats and diggers to try and free the 400-metre giant vessel, which is carrying 20,000 containers from Asia to Rotterdam, but said the operation would take at least two days.

On average, the Suez Canal provides the shortest route from Asia and the Middle East to the Mediterranean for 50 container ships. An estimated 100 ships are already being delayed by this blockage.

Evergreen Marine told Reuters that the ship was hit by a strong gust of wind, causing the hull to turn around and the ship to run aground. In later reports, the company said the ship had lost power.

If the Ever Given cannot be budged then options include dredging the canal or even removing containers from the giant vessel.

This is not the first time a container ship has blocked the canal. In 2017, a Japanese container ship ran aground after mechanical issues but tug boats were able to refloat the ship in just a few hours.

What is the Suez Canal?

Opened in 1869 and taking 10 years to build, the Suez Canal is a narrow waterway that connects the Mediterranean to the Red Sea, providing the shortest sea link between Asia and Europe. As an example, using the Suez Canal would reduce the distance from the Arabian peninsula to the UK by 8,900 kilometres (5,500 miles).

Traditionally the canal, in Egypt, was a crucial route for crude oil coming from the Middle East to Europe and the US, but in recent decades traffic has become more significant for goods coming from Asia, and specifically China – linking East with West.

The Suez Canal is 193.3km (120.1 miles) long and in 2015 the Egyptian government completed a major expansion to nearly double the capacity to 97 ships per day. This was achieved by expanding the Ballah Bypass from 61 metres wide to 312 metres wide for a distance of 33 kilometres – allowing ships to pass in both directions.

The Ever Given has become stuck close to the southern mouth of the canal, close to the port of Suez, so is blocking traffic in both directions.

The Suez Canal Authority (SCA) says it is trying to refloat the ship, and they have reopened an old section of the canal to ease the backlog – but it is unclear what size of vessel this section can accommodate.

Diggers have been spotted on the canal bank clearing sand, and the prospect of having to remove containers from the Ever Given remains a last resort. 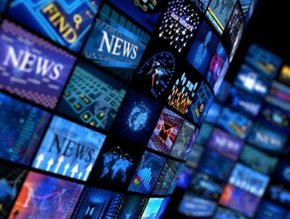