Strike-resistant business, why prevention is better than cure 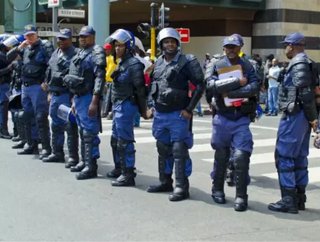 With the South African &lsquo;strike season at its end for some industries, turning the focus on what can be done in terms of risk mitigation during la...

With the South African ‘strike season’ at its end for some industries, turning the focus on what can be done in terms of risk mitigation during labour strikes is a matter of focusing on prevention rather than cure, according to Grant Marshbank, chief operations officer of supply chain consultants VSc Solutions.

“Few events are as damaging to a business as a labour strike. However, it is possible that with proper planning - by employing disciplines such as forecasting, business process automation and other innovations - the damage that could otherwise have been caused can be very effectively negated,” said Marshbank.

Also, the exercise of planning in order to mitigate this risk could help one’s business run more efficiently all year round – and not just in ‘strike season’.

Marshbank added: “Every year, labour strikes cost the economy millions of Rands in lost business and hampered productivity, not to mention reputational risk as investors lose appetite for doing business in South Africa. Yet, as damaging as a strike can be, there’s no reason that it should be, especially when strikes have become so prevalent as to warrant a moniker. Businesses should prepare themselves.”

With ‘strike season’ having carved out a place in the annual business calendar, no company can say it hasn’t been warned.

“By using Inventory Management and Forecasting Tools, businesses are able to plan their inventory needs based on actual constraints,” said Marshbank.

“Such tools allow one to continuously monitor all the risks inherent in your inventory, and set optimal safety stocks to mitigate risks while still delivering on targets,” he adds.

Striking delivery drivers, for example, can severely impact a business. However, by using Planning and Distribution Tools that produce routes for stand-in drivers to follow, it’s possible to get deliveries done, based on an optimised schedule, thanks to technology that offers turn-by-turn navigation.

Marshbank said: “These tools effectively put the power back in the hands of the business owner as people can be engaged to do tasks without on the job knowledge being a critical factor.”

Another benefit of such tools and technology is the ability of owners to tell exactly where a particular delivery is at any time, and even when drivers are making unscheduled stops.

Marshbank said: “Business process automation is often painted with a negative brush because it’s seen as reducing headcount and taking the people element out of business processes.”

However, he says the truth is that automation supports administrators and enables them to become more efficient as they have more time to follow up in person on key tasks and queries.

Marshbank added: “Another great advantage of automation is that during strike season, staff can be redeployed to provide support in an area of the business that is severely affected by the strike, without neglecting their own responsibilities.”

“The various tools that are available today effectively enable business continuity despite labour action,” Marshbank concludes. “It’s the responsibility of businesses to make sure that they use them.”