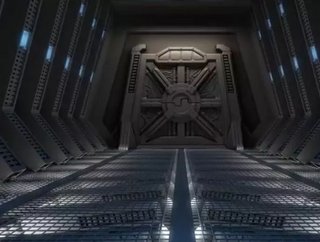 FusionOps, the supply chain business information and analytics company, has released a new survey gauging Star Wars fans’ excitement about the new Star Wars movie and their worry over possible disruptions to the supply chain of Star Wars merchandise as the holidays approach.

63 percent of Star Wars fans expect “Episode VII: The Force Awakens” to be the best Star Wars yet. In explanation, only 15 percent of fans pointed to the director, J.J. Abrams, and only 25 percent of fans think the film will be more true to the Star Wars series. 36 percent, meanwhile, voiced excitement over advancements in CGI technology.

When it comes to merchandise, 69 percent of Star Wars fans think that Star Wars toys, which have been on sale since “Force Friday” on 9 September, will go out of stock as the new Star Wars movie approaches Fans believe retailers won’t be able to keep light sabers in stock (38 percent), nor action figures (34 percent), Star Wars Battlefront video game (25 percent), R2-D2 (25 percent), or the remote controlled BB-8 (24 percent).

“While technology advancements have been exponential since the first Star Wars toys were introduced 38 years ago, companies still struggle to keep the supply chain healthy and reassuring to consumers,” said Gary Meyers, CEO of FusionOps. “It all comes down to good, comprehensive information that drives the decision making process.  At FusionOps, we help our global enterprise customers have real-time visibility to respond to the inventory, manufacturing, logistic, and procurement challenges that plague every business. In short: we help our clients have confidence in their decision-making process so there is never a disastrous shortage of their products.”

Good thing, too: when asked how far fans who care about Star Wars toys were willing to go to secure the toy of their choice if they arrived at the retailer and found only one left on the shelf, the answer from a minority was: pretty far.  19 percent said they would be willing to dress up as a Star Wars character, even though it is unclear how this would advantage them.  12 percent would willingly lie to other customers and another 12 percent would cut in line. 11 percent admit they would be willing to shove someone.

A particularly desperate minority said they’d be willing to trip an elderly person (7 percent) or to fake a panic attack (5 percent). Among millennial fans who care about Star Wars toys (age 18-34), 22 percent said they would be willing to lie to other customers and 20 percent would cut in line.

Added Meyers, “Consumers have many choices and, with 35% of Star Wars toys purchasers saying they’d react to a possible shortage of their desired toy, the long-term outcome for an inventory shortage can cost a brand dearly in loyalty and reputation. All the more reason for companies to be armed with supply chain analytics and real-time business information that allows them to react in ways that could be to their advantage.”

FusionOps provides the cloud-based analytics platform that mines the world’s information and makes it actionable to help people make faster, better business decisions. Thousands of users in over 80 countries worldwide rely on FusionOps to optimize their supply chain performance in order to improve operations, bottom line business results and customer satisfaction. Unlike BI tools, FusionOps is a cloud-based application that provides leading metrics to drive better decisions with information that is relevant and actionable. With FusionOps, companies can eliminate the extensive cost and resources spent developing their own supply chain applications and improve time to value. Learn more by visiting www.fusionops.com.

This survey was conducted online within the United States by Harris Poll on behalf of FusionOps from September 14-16, 2015 among 2,031 adults, among whom 912 will purchase Star Wars toys and 801 are Star Wars Fans. This online survey is not based on a probability sample and therefore no estimate of theoretical sampling error can be calculated. For complete survey methodology, including weighting variables, please contact [email protected].