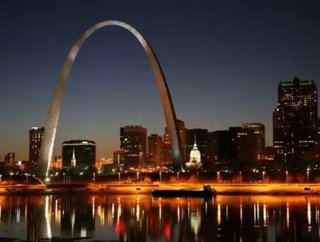 A large cargo hub could be built smack-dab in the middle of the United States, as St. Louis has plans to build an air cargo facility dubbed Aerotropoli...

A large cargo hub could be built smack-dab in the middle of the United States, as St. Louis has plans to build an air cargo facility dubbed Aerotropolis.

According to the Kansas City Star, those plans could very well be moving forward, after a new financial analysis suggested that the air cargo hub could come out ahead financially.

“The analysis clearly shows that with the right taxpayer protections in place, these incentives have real potential to create jobs, boost our exports and grow our economy,” Missouri Gov. Jay Nixon said.

There is another side to the study, however. The financial analysis was put together by the state Department of Economic Development, which would seemingly have its agenda aligned with that of the Nixon. The proposed air cargo hub would also be built predominantly from taxpayer funding.

The proposed Aerotropolis cargo hub would transform the Lambert-St. Louis International Airport into an international air cargo hub. The plan also protects against Kansas luring away business from Missouri, providing retention dollars to companies that do business in Missouri.

The biggest issue right now is the $300 million-plus cost of the facility, which could put a lot at risk should the air cargo hub fail to meet expectations.

LuAnn Ridgeway, another senator, reportedly said she may slow down the bill because it includes a secondary objective of managing debt of the underutilized Lambert airport.

Savannah Sen. Brad Lager is likewise opposed to moving too quickly with Aerotropolis.

“We never spend our own money this way. Why is it OK to spend the taxpayers’ money this way? I fundamentally disagree with it,” Lager said.