Should HGVs be banned in cities during peak times? 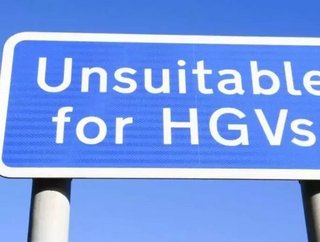 A petition signed by over 13,000 London residents calling for a peak time HGV ban in London was presented to the London Assembly, which unanimously vote...

A petition signed by over 13,000 London residents calling for a peak time HGV ban in London was presented to the London Assembly, which unanimously voted the measure earlier this month.

The petition also calls for direct vision cabs to be used throughout the city as well as for stronger enforcement measures to be adopted against those who do not comply.

Leader of the Liberal Democrat London Assembly Group, Caroline Pidgeon said “A united voice by the London Assembly and the huge support for the London Cycling Campaign petition sends out a very clear message that real action is now needed to reduce the casualties and terrible waste of human life taking place on London’s roads.”

Valerie Shawcross added: “London should be taking a zero tolerance approach to all road deaths and, as part of that, doing everything we can to reduce the dangers posed to cyclists by lorries and HGVs.”

Speaking out against the proposed ban, Gary Benardout, Co-founder of HGVTraining.co.uk said: “I certainly understand why HGVs get the blame for a great number of collisions but the reality isn’t nearly as clear cut. That’s why we advocate for all road users to refresh themselves on safer road use practices, and to act conscientiously at all times. The time has come for all sides to come together for an earnest and serious dialogue on the best route to achieving safer roads, and it goes far beyond a rush hour ban.”