Sea carriers and US government are on a collision course 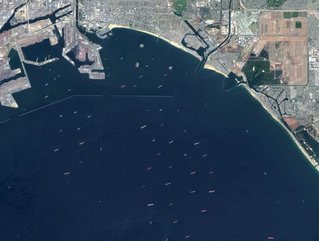 The global shipping industry has spoken out strongly against concerted US legal moves to tackle what American politicians see as cartel  behaviour on the back of pandemic-fuelled supply disruption.

The White House is concerned that, since the beginning of the pandemic, ocean carrier companies have been dramatically increasing shipping costs through rate increases and fees.

But the US has gone way beyond strong words, and towards strong action, by revealing that the US Department of Justice (DoJ) and the Federal Maritime Commission (FMC) will work together to crack down on ocean freight firms.

President Joe Biden used his recent State of the Nation address to turn the spotlight on the international shipping giants. “Three global shipping alliances, made up entirely of foreign companies, control almost all of ocean freight shipping, giving them power to raise prices for American businesses and consumers, while threatening our national security and economic competitiveness,” Biden said.

The alliances to whom Biden was referring are 2M, Ocean Alliance, and The Alliance. According to the Organisation for Economic Co-operation and Development (OECD), these alliances account for 80% of all global container ship capacity - up from 30% as recently as 2011. They also account for 95% of east-west trade routes.

Responding to the “planned attack” on ocean carriers, the World Shipping Council (WSC) said: “It is unfortunate that President Biden is demonising ocean carriers, the industry that is the backbone of the US and global economy and that has been working around the clock through the pandemic to move more cargo than at any time in history."

Allegations that the container shipping industry is highly concentrated and uncompetitive are “factually incorrect,” the WSC added.

But is this really true? The numbers would suggest not. In 2021 the global shipping-carriers industry reported profits of US$190bn, a figure five times higher than for the entire period from 2010 to 2020.

Ocean shippers are also charging cargo owners who fail to move their goods off their vessels, despite ports being so congested that the huge traffic jams of container ships are visible from space.

And on average, operating margins from the major carriers jumped from 3.7% pre-pandemic, to the 56% we see today. A White House fact sheet ties these record profits to the deregulation and the ocean shippers’ resulting ability to form cartels.

To understand the backdrop to this war of words between the US government and the shipping carriers you have to go back almost 40 years, to the deregulation of ocean transportation. This was carried out by the passing of two US acts: the 1984 Ocean Shipping Act and the Ocean Shipping Reform Act of 1998.

This exemption made sense at the time, as it allowed for alliances that could ensure an exporter had the ability to use one of several carriers to get its goods transported.

But with the pandemic, that same antitrust immunity is exactly what has led to the $190 billion profits bonanza.

The US government has now once more turned to the law to tackle what it sees as anti-competitive behaviour on the part of the shipping lines.

In July last year the US House of Representatives passed the 2021 Ocean Shipping Reform Act (OSRA), which is designed to give the US Federal Maritime Commission (FMC) more power to “protect exporters, importers, and consumers from unfair practices”, the White House has said.

OSRA is designed to increase America’s competitiveness with foreign-flagged ocean carriers who the White House says “are not playing fairly because accountability is long overdue”.

The Act was passed with a strong majority last December and could pass Congress as part of a competitiveness bill currently being negotiated.

If the competitiveness bill passes it would bolster the FMC’s investigative authority and allow it to impose minimum service standards on shipping contracts that third parties could use to challenge the terms being offered.

The bill would also require ocean carriers to accept cargo if it can be loaded into their containers, rather than returning to Asia with empties.

‘If you want to do business with American ports, you need to play by our rules,’ is the US position. The Biden administration insists that the bill puts American consumers, farmers, retailers, truckers, manufacturers, and small businesses first.

Not surprisingly, the shipping industry has been lobbying hard against the bill.

Who will come out on top is anyone’s guess. The US is attempting to regulate a global industry that has been allowed to operate with the lightest of regulatory touches for decades. The battle is just beginning, and it could get heated and messy.