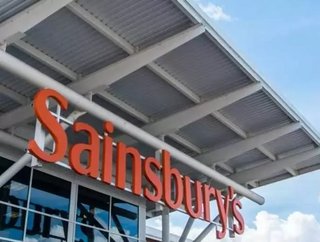 Sainsburys has become the first company in the world to introduce a refrigerated delivery truck cooled by a liquid nitrogen powered engine, which will e...

Sainsbury’s has become the first company in the world to introduce a refrigerated delivery truck cooled by a liquid nitrogen powered engine, which will eliminate all emissions associated with refrigeration.

Based on the revolutionary Dearman Engine, the system harnesses the rapid expansion of liquid nitrogen to deliver zero-emission power as well as cooling. The majority of refrigerated trucks use two diesel engines - one to power the vehicle and one for the refrigeration unit.

Paul Crewe, Head of Sustainability for Sainsbury’s, said: “As one of Britain’s biggest retailers we really recognise the importance of reducing emissions, which is why we’re working hard to cut carbon emissions by 30 percent between 2005 and 2020. This trial with Dearman is just one of the innovations we’ve introduced to help us towards this goal. Their zero-emission system is really exciting, to be running a liquid air engine quite literally means our cooling is running on thin air!”

Dearman’s Founder and CEO, Toby Peters, added: “Sainsbury’s is demonstrating real leadership by embracing cutting-edge British engineering that delivers performance alongside positive environmental impact. The first commercial deployment of Dearman’s zero-emission transport refrigeration system is a significant milestone for the company, for our technology and for our vision to make the world a cleaner, cooler place.

Sainsbury’s is working towards its commitment to reduce carbon emissions by 30 percent between 2005 and 2020.