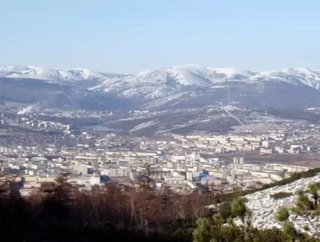 Tragedy struck early Tuesday morning in remote eastern Russia, where a cargo plane crash killed all 11 people on board an Antonov-12 cargo plane, according to prosecutors.

The wreckage was found in a deep forest in the Magadan region on Tuesday after it had reported difficulties shortly after takeoff earlier that day. The regional prosecutor’s office in Russia’s Far East said the crew reported that one of the plane’s four engines was on fire, and that the pilots were trying to return to the Magadan airport.

Communications with the aircraft were lost shortly after that, however.

Rescue workers had problems reaching the cargo plane wreckage, which was located in a deep forest, surrounded by heavy fog.

“The remains of the plane were found 200 kilometers (120 miles) from Omsukchan village,” Magadan transport prosecutors said in a statement. “According to initial information, 11 people – nine crew members and two passengers – died in the crash.”

Magadan is part of Russia’s infamous Siberia region, one of the world’s most isolated, desolate areas.

According to AllHeadlineNews.com, the cargo plane was carrying 16 tons of provisions from Komsomolsk-On-Amur to the village of Kiperveyem before crashing to the ground near a gold mine in one of Russia’s most lightly populated areas.

Spokesman Vladimir Markin said that the country’s Investigative Committee has launched a criminal investigation and is looking at whether the pilots breached in-flight regulations.