Royal Mail chairman to step down 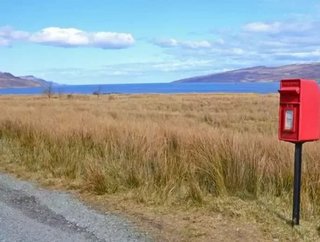 Follow @SamJermy and @SupplyChainD on Twitter.Donald Brydon, Chairman of Royal Mail, has informed the Board of his intention to step down from his job r...

Donald Brydon, Chairman of Royal Mail, has informed the Board of his intention to step down from his job role. He oversaw the controversial privatisation of the 500-year old British postal service.

The Senior Independent Director, Orna Ni-Chionna, has initiated a process to appoint his successor and Donald will continue to chair the Board until at least the AGM in the summer.

Donald was appointed Chairman in 2009. Since then, he has led the Board at a time of major change for Royal Mail, including its ongoing transformation and the Group’s flotation in October 2013.

Donald Brydon said: “I am proud of what Royal Mail has achieved as a company in the last six years. Our transformation is well underway and we are now a FTSE 100 listed company. I feel that now is the right time for me to make this decision.”

After joining the company in 2009 following a distinguished career with the likes of Barclays and AXA, Brydon was reappointed to the post of chairman in 2012, and paid £200,000 a year for working at least two days a week.

Last week, Royal Mail reported it had delivered 120 million parcels in December, a 4% rise on the previous year.

Moya Greene, Group Chief Executive, said: “Donald has played a key role as Chairman during one of the most eventful periods in our history. I would like to personally thank him for his support and counsel.”

Orna Ni-Chionna, Senior Independent Director, said: “Donald has made a very significant contribution to the direction of Royal Mail during his six years as Chairman. The Board offers its thanks and looks forward to working with him in the coming months.”