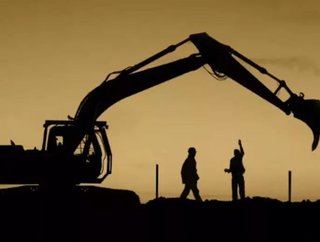 A report by two European think-tanks has suggested that mining giants Rio Tinto and BHP Billiton could see their current grip on the supply of iron ore to Asian regions significantly loosened as global freight costs become less volatile.

Along with Vale, they currently comprise the world's three biggest miners, controlling around 65 percent of the world's seaborne iron ore market.

A review of the global commodities supply chain concluded that the major resource houses can influence the price of iron ore by fixing production of the mineral each period based on their knowledge of competitor’s mining capacities.

However, the report on the state of global commodity markets by two think-tanks, the Centre for European Policy Studies and the European Capital Markets Institute, warned that the companies’ control of Asian-iron ore supply could be threatened by changes in the global freight industry.

It describes the current status-quo, where these miners are so big that they have what is known as a ''first-mover advantage'' in the regions in which they operate. This advantage is gained when companies control enough of the resources as to be almost unchallengeable. The Asian oligopoly refers to the fact that the region’s mining industry is controlled by so few companies, decreasing competition and therefore driving up costs.

The report continues: ''(An) oligopolistic setting is often influenced by external factors, such as freight industry capacity and easier (cheaper) connectivity between regional areas.” Freight costs heavily influence the seaborne iron ore price and can expose the market to unprecedented volatile patterns.

Smaller players in the iron ore industry will however welcome the conclusion that ''recent changes with the increase in capacity of the freight industry have stabilised costs of freight for some time and ensure easy connectivity at the global level.”

They will also note with some positivity that lower costs “may increase the accessibility of new regional areas to the global market and reduce space for an oligopolistic setting as marginal costs become less predictable.''

The overall theory is that stable freight costs will allow smaller producers to agree to non-profitable prices to win contracts in Asia, which could move the market away from its oligopolistic state.

It suggests that the price of aluminium stored in a network of LME-linked warehouses in the United States has been artificially inflated by unnecessary delays in getting the metal out.

The New York Times recently criticised Goldman Sachs for exploiting the LME’s industry pricing regulations by ''shuffling aluminium among the 27 warehouses it controls in the Detroit area.'' The article claimed that Goldman gains millions of US dollars by charging customers to store the metal for longer than necessary.

The report from the European think-tanks says the practice could restrict access to an important hedging tool for global market participants and increase the cost of aluminium for final users, and “could ultimately end up affecting the price formation of LME aluminium cash contract as a global benchmark price.”