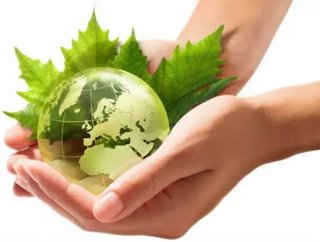 Provided by Accenture and CDP Companies are increasingly recognizing climate risk in their supply chains, but investment in emissions reductions progra...

Provided by Accenture and CDP

Companies are increasingly recognizing climate risk in their supply chains, but investment in emissions reductions programs is going down, according to research published today by CDP and Accenture.

Importantly, a clear link is established between stalling progress on emissions reductions within supply chains and the uncertain regulatory framework.

According to the report, “Collaborative Action on Climate Risk,” ever more companies are reporting on their emissions reductions programs and there are clear financial benefits from investment in sustainability measures. However, average monetary savings from emissions reductions efforts have fallen 44 percent in the past 12 months. The report points to an ever widening gap – highlighted last year – between measures taken by large corporates who are members of CDP’s supply chain program and those by suppliers.

The research is based on information from 2,868 companies including some of the world’s largest corporates, reflecting a rise in participation of more than a fifth since last year. These produced 14 percent of 2013’s global industrial emissions. The 64 CDP supply chain members behind the request to this supply chain represent a combined annual spending power of almost US$1.15 trillion.

Almost three quarters of companies identified a current or future risk related to climate change, according to the report, while 56 percent of companies said that consumers are becoming more receptive to low-carbon products and services. Regulatory uncertainty is making companies cautious about investing in emissions reductions and supply chain sustainability. Ninety percent of companies that identify a current or future risk cited regulatory risk as a barrier to investment.

Investment in emissions reductions programs has declined in the past year and is shorter term in focus, according to respondents. Seven out of 10 sectors report investment falling from earlier years.  Shorter pay-back initiatives (less than three years) are on the rise with these almost doubling between 2011 and 2013. The average sum invested per reporting company has dropped 22 percent since last year.

The report reveals that the most important determinant of improved emissions reduction performance is collaboration across the supply chain. There is enormous scope for more collaboration, with program participants identifying 2,186 collaborative opportunities. Additionally, companies that engage with two or more suppliers, customers or other partners are more than twice as likely both to see a financial return from their emissions reduction investments and to reduce emissions.

The CDP and Accenture analysis shows that companies are often misdirecting their emissions reduction efforts with investment not closely correlated with proven emissions or monetary savings. Suppliers and member companies are at odds: suppliers identified process emission reduction and product design as the most promising collaborative approaches. Member companies on the other hand favor behavioral change initiatives and transportation and fleet investments.

To address this, a new CDP supply chain initiative has been launched to incentivize suppliers: Action Exchange will drive targeted action on the most cost effective emissions reductions. Companies that have already joined the initiative and are asking their suppliers to participate include Bank of America, L’Oreal, Philips and Walmart, with significant returns anticipated.

Questioned for the first time by CDP on water risk, suppliers recognize the need for a broader view of supply chain sustainability, with linkages made between water and carbon emissions. More than half the companies cite water scarcity as the greatest water-related concern.

CDP’s chief executive officer Paul Simpson says: “This report establishes that although companies recognize that climate and water risks are on the rise, a mixed regulatory regime is making decisive action difficult. However growing participation in our supply chain program and the positive reception to Action Exchange demonstrates that businesses want to leverage their relationships with their suppliers to realize opportunities and minimize climate and water related risks.

“When governments introduce a more realistic global price on carbon we expect significantly more investment in emissions reductions from corporates.”

“This report provides clear evidence that those who are most transparent about their climate change risks are more likely to achieve the greatest emissions reductions,” said Gary Hanifan, global sustainability lead for supply chain, Accenture. “And they are also more likely to enjoy monetary savings as a result of their responses to climate change risks. But the return on investment by the most proactive companies will not reach its full potential unless those companies can encourage their suppliers to follow their lead.”