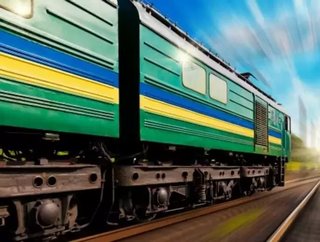 The Rail Freight Group (RFG) has urged the Office of Rail Regulation (ORR) not to proceed with proposals to significantly increase charges paid for th...

The Rail Freight Group (RFG) has urged the Office of Rail Regulation (ORR) not to proceed with proposals to significantly increase charges paid for the moving of biomass by rail.

The ORR’s ‘Consultation on a freight specific charge for biomass’ proposed increased charges during the next control period, which starts from April 2014.

According to a statement by the RFG, the change is too late to be included in the support mechanisms being developed by Government to encourage renewable generation, and risks leaving a funding gap for electricity generators and the rail supply chain. This has led to ‘great concern’ that the proposal could seriously damage prospects for biomass growth.

A statement released by the ORR claims that there are wider economic and social benefits of moving freight by rail rather than road. For example, without rail freight there would have been an additional 6.7 million road journeys in 2007-08.

However, ORR’s work also showed that rail freight traffic creates costs of £280-400 million each year through factors such as the wear and tear on the tracks. Under the current charging regime freight companies only pay a small proportion of those costs, around 21-28%, with passengers and taxpayers covering the shortfall. Freight train operators currently pay minimal fixed costs, whereas in 2011-12 passenger train operators paid £887 million in fixed charges to Network Rail.

The consultation proposed to:


Maggie Simpson, RFG Executive Director, said: “Biomass is an important new market for rail freight and, with coal volumes set to decline, it is vital to the rail operators long-term business.  It will also protect and create new jobs, and encourage investment. ORR must commit to supporting this sector, by not applying  this increased charge, and by ensuring that its policies are aligned with Government energy policy.”