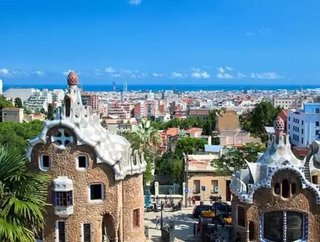 Follow @SamJermy and @SupplyChainD on Twitter.Qatar Airways will significantly expand its capacity across Europe in the New Year, with additional freque...

Qatar Airways will significantly expand its capacity across Europe in the New Year, with additional frequencies added to European cities from February 2015. Barcelona and Manchester will become a double daily service, while Stockholm and Copenhagen will see services increase from a daily to ten and eleven weekly service respectively.

The additional frequencies to Manchester, Barcelona, Stockholm and Copenhagen will provide travellers with even more convenient options when travelling to any of the 145 destinations around the globe served by Qatar Airways from the state-of-the-art Hamad International Airport. Likewise, those passengers travelling from the Asia-Pacific region, now have additional connection opportunities through to these European cities.

Qatar Airways Group Chief Executive, His Excellency Akbar Al Baker, said: “As a rapidly expanding global airline, it is crucial that we not only support new destination launches, but also add to the existing capacity across our network. This, in turn, provides passengers with an additional level of connectivity and choice when travelling the globe, facilitated by seamless transfers through our new five-star hub and home, Hamad International Airport.”

The Manchester to Doha service recently celebrated a decade of scheduled operations. With the addition of Edinburgh in May this year, Qatar Airways now serves a total of three destinations in the UK including London Heathrow, and is responding to growing demand by increasing its service to Manchester from 10 to 14 flights per week.

Ken O'Toole, Chief Commercial Officer at Manchester Airports Group (MAG) said: “We are delighted that Qatar Airways will increase its long-haul services from Manchester Airport, providing further direct connectivity to Doha and beyond. The service will provide increased choice to the 22 million passengers living close to Manchester Airport.”

From 16th February 2015, Qatar Airways will also operate a double-daily direct scheduled service from Barcelona-El Prat Airport to Doha, adding four extra weekly flights to the existing 10. The airline first started flying to Spain in December 2005 and has seen continual growth in this market. With the extra capacity to Barcelona, the airline will offer a total of 24 weekly flights from Spain to Doha, including the 10 weekly flights to and from Madrid.

With the launch of these additional frequencies, passengers from the Middle East, Asia Pacific and Africa can now take advantage of additional connections to these European cities via Doha.

Qatar Airways, the national carrier of the State of Qatar, is one of the fastest growing airlines operating one of the youngest fleets in the world. Now in its 17th year of operations, Qatar Airways has a modern fleet of 142 aircraft flying to 145 key business and leisure destinations across six continents.

Qatar Airways celebrated its one year anniversary, in October 2014, of joining the oneworld global alliance. The award-winning alliance was named the World’s Best Airline Alliance 2014 by Skytrax for the second year running this year.

Qatar Airways was the first Gulf carrier to join this global airline alliance, enabling its passengers to benefit from almost 1,000 airports in more than 150 countries, with 14,250 daily departures.

At the Farnborough Air Show, the airline placed an order for 100 Boeing 777X aircraft, taking Qatar Airways’ orders to more than 340 aircraft with a value of US $70 billion.