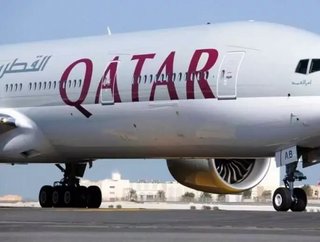 Follow @SamJermy and @SupplyChainD on Twitter.Qatar Airways has announced thefurther expansion of its code-share agreements with both Cathay Pacific and...

Qatar Airways has announced the further expansion of its code-share agreements with both Cathay Pacific and Japan Airlines, enhancing connectivity around the globe for the travelling public between these oneworld member airlines.

The Middle Eastern airline has continued to expand its network offering for those passengers travelling to Japan, with the addition of 24 new domestic code-share routes with oneworld member Japan Airlines. Qatar Airways serves three destinations in Japan from its hub in Doha to Osaka, Tokyo Haneda and Tokyo Narita.

Qatar Airways Group Chief Executive, Al Baker, said: “Becoming a member of oneworld in October 2013 was a significant landmark in Qatar Airways relatively young history, enabling us to strengthen our competitive offering. The joining of this alliance, and the addition of these new code shares, enables our passengers to avail of additional travel options, with ease, across routes that encompass the entire globe.”

The new code shares between Qatar Airways and Japan Airlines will strengthen the existing relationship which currently offers 10 code-share routes.
Qatar Airways celebrated its one year anniversary, in October 2014, of joining the oneworld global alliance. Qatar Airways was the first Gulf carrier to join this global airline alliance, enabling its passengers to benefit from almost 1,000 airports in more than 150 countries, with 14,250 daily departures. The award-winning oneworld alliance was named the World’s Best Airline Alliance 2014 by Skytrax for the second year running.