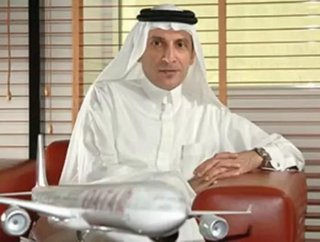 Al Baker was elected to IATA’s Board of Governors at the Association’s 68th AGM in June 2012, and will be serving on the Board until the conclusion of IATA’s 71st AGM in 2015.

The Chair Committee acts on behalf of and is accountable to the Board of Governors with respect to the duties and authority delegated to it by the Board. It is responsible for overseeing financial performance and governance of the association.

IATA is the global body that represents, leads and serves around 240 airlines comprising 84% of scheduled international air traffic.

IATA’s Board of Governors is composed of 31 people elected from its members, with seats allocated on a regional basis. The Board acts on behalf and in the interests of IATA. In this capacity its members make decisions in the best interest of the members of the whole IATA membership. The Board gives policy directives and guidance to IATA Industry Committees and subsidiary bodies.

A delighted Al Baker said being re-appointed to IATA’s Chair Committee was a great honour and that he looked forward to continue working with member airlines in his new capacity.

“With the formidable rise of air passenger traffic and new players to this ever-exciting industry, a global framework where industry partners gather and collaborate only brings benefits to all concerned within the IATA membership,” he said.

“It is my aim to continue the good work of IATA and help raise the bar for member airlines in this highly competitive industry. At Qatar Airways, we strive to excel in everything we do, and I am extremely proud to be working alongside some of the best airlines in the world to ensure the aviation industry continues to prosper.”

Mr. Al Baker has been at the helm of Qatar Airways as CEO since its launch in 1997 and has since steered the Doha-based airline into an award-winning global carrier.

Qatar Airways, the State of Qatar’s national airline, has seen rapid growth in just 17 years of operation, to the point where today it is flying a modern fleet of 134 aircraft to 143 key business and leisure destinations across Europe, the Middle East, Africa, Asia Pacific, North America and South America.