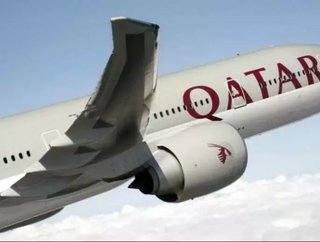 Qatar Airways has further enhanced its ties with oneworld partner Royal Jordanian, through the launch of a new code-share agreement, which is set to further expand travel opportunities for both airlines’ customers.

Through the new agreement, Qatar Airways’ passengers travelling between Doha and Amman in Jordan, on both Royal Jordanian and Qatar Airways, will benefit from the same airline code and a streamlined level of service from these oneworld partners.

Members of the airlines’ frequent flyer programmes will also be able to collect points on each other’s flights, with this initial route paving the way for additional code share expansions in the near future between the airlines across destinations in the United States and Asia.

Qatar Airways Group Chief Executive, Akbar Al Baker, said: “Becoming a member of oneworld has enabled Qatar Airways to strengthen its competitive offering, while expanding travel options to passengers around the world within this leading global alliance network. The launch of this new code share agreement with our fellow oneworld member airline, Royal Jordanian, demonstrates this and will allow passengers to benefit from seamless journeys around the globe.”

Royal Jordanian President/CEO Captain Haitham Misto said: “Royal Jordanian and Qatar Airways enjoy a strong relationship, and they are both keen on providing superb on-board and on-ground services. This agreement will further enhance the cooperation between our two companies, thus offering our passengers more travel options and frequencies to cities around the world.”

Qatar Airways has seen rapid growth in just 18 years of operations, and is currently flying a modern fleet of 162 aircraft to more than 150 key business and leisure destinations across Europe, the Middle East, Africa, Asia Pacific and the Americas.

Royal Jordanian, the national carrier of Jordan, celebrated its 50th anniversary in 2013. Eight years ago it became a public shareholding company, with a vision to connect Jordan and the Levant with the world. In 2007, Royal Jordanian was the first Arab carrier to join any of the three global airline alliances.

Qatar Airways, the national carrier of the State of Qatar, is one of the fastest growing airlines operating one of the youngest fleets in the world. Now in its 18th year of operations, Qatar Airways has a modern fleet of 162 aircraft flying to 150 key business and leisure destinations across six continents. Qatar Airways won Airline of the Year, Best Business Class Airline Seat and Best Airline in the Middle East at the 2015 Skytrax Awards. This is the third time the airline won the accolade of Airline of the Year.

Qatar Airways is a member of the oneworld global alliance. The award-winning alliance was named the World’s Best Airline Alliance 2015 by Skytrax for the third year running. Qatar Airways was the first Gulf carrier to join global airline alliance, oneworld, enabling its passengers to benefit from more than 1,000 airports in more than 150 countries, with 14,250 daily departures.