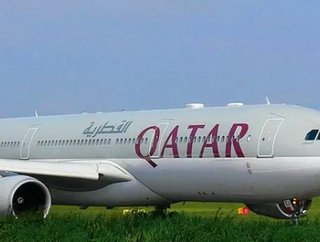 Qatar Airways is aiming to secure a place amongst the top-five global cargo carriers in the next five years, according to an announcement by CEO Akbar...

Qatar Airways is aiming to secure a place amongst the top-five global cargo carriers in the next five years, according to an announcement by CEO Akbar Al Baker.

In a speech to the World Cargo Symposium 2013, which was sponsored by Qatar Airways Cargo (QR) Al Baker announced that the carrier could even reach the second or third place in the global rankings for general cargo.

According to reports by Air Cargo World, Al Baker told the conference that Qatar Airways has applied for an AOC to operate an airline in Saudi Arabia, initially for domestic services by with plans for international expansion.

Cargo accounts for 28 percent of Qatar Airways’ revenue, compared with an industry average of 12 percent. In terms of its bellyhold capacity alone, Al Baker claims the carrier could out-perform many combination operators.

The strongest freight lane currently is Hong Kong-Doha, served with six freighters per week. Chief cargo officer Ulrich Ogiermann would not reveal which new routes the carrier was targeting as its main-deck fleet expanded, saying only that the market remained volatile and the landscape was “always changing.”