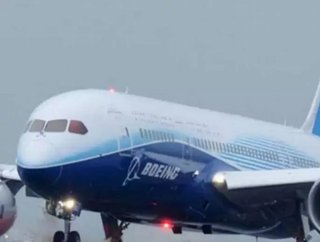 Follow @WDMEllaCopeland Australian air carrier Qantas Group has announced an Aus$256 million loss for this year, the first loss in 17 years since the...

Australian air carrier Qantas Group has announced an Aus$256 million loss for this year, the first loss in 17 years since the airline was fully privatised.

A line-end carrier which covers long distances, Qantas has claimed that soaring fuel prices are to blame for its loss in the last financial year, with the carrier’s lack of funds forcing them to cancel their ordering process on 35 Boeing 787 aircraft.

The group have announced the ‘restructuring’ of their deal with Boeing, as a result of funding difficulties, which has seen them cancel any ‘firm commitments’ on a future delivery of 35 Boeing B787-9 models.

In a statement released on their website, Qantas explained that the reduction in capital expenditure as a result of the Dreamliner cancellation would equal US$8.5 billion.

‘Fifteen B787-8 options and purchase rights will be retained and brought forward by almost two years, available for delivery from 2016. However, firm commitments for 35 B787-9s will be cancelled. The restructure means a two-year delay in the Group’s first B787-9 delivery.’

Qantas Group CEO Alan Joyce said the changes were consistent with the goals of the Group’s broader strategy.

“Qantas continues to practice disciplined capital management and, in the context of returning Qantas International to profit, this is a prudent decision,” Mr Joyce said. “The B787 is an excellent aircraft and remains an important part of our future. However, circumstances have changed significantly since our order several years ago.”

“We have the right fleet strategy to deliver continued customer satisfaction and position us for sustainable growth over the long term, while enabling us to retain flexibility and manage our capital requirements appropriately.”

David Liu, head of research at fund manager ATI Asset Management, which exited all its Qantas holdings over the past two months, told Reuters: "Most of the cancelled aircraft were meant for the overseas routes and with the trading environment for their international operations, it is not surprising"