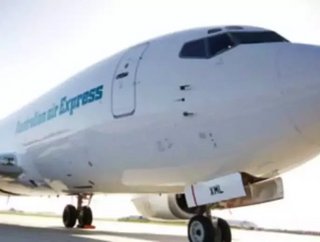 Qantas has made major changes to its freight sector, having reached an agreement to sell 50 percent of its freight company, StarTrack at the same time...

Qantas has made major changes to its freight sector, having reached an agreement to sell 50 percent of its freight company, StarTrack at the same time as acquiring 100 percent of air freight business Australian air Express.

Following the sale of StarTrack, Qantas expects to receive net proceeds of $408 million, plus completion adjustments of approximately $5 million from the transaction, which it hopes will result in an estimated profit of $30 million.

Under joint venture arrangements between Qantas and Australia Post, each party currently owns 50 per cent of Australian air Express and StarTrack in an arrangement that has existed since 2003.

“Through this acquisition we will be able to offer an integrated air freight product across domestic and international networks,” said Joyce.

“By leveraging the best from both businesses and delivering efficiencies, we will provide a market leading service to our customers,” he continued.

Joyce claimed that Qantas will continue to have a close commercial relationship, with Australia Post and StarTrack remaining major customers of Australian Air Express and Qantas Freight. The transaction is expected to be completed in the fourth quarter of 2012.