Puerto Rico Announces Plan for Port of the Americas 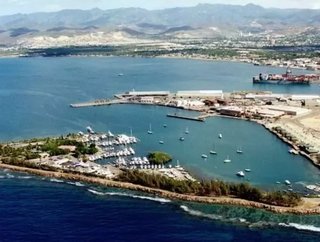 Follow @SamJermy and @SupplyChainD on Twitter.Puerto Rico has announced it is looking for a major international port operator to partner with on the dev...

Puerto Rico has announced it is looking for a major international port operator to partner with on the development of the Port of the Americas, located in Ponce, on the southern coast of the island.

The Port of the Americas site sits on over 300 acres, located just 5 miles from Mercedita Airport, representing a tremendous opportunity for future port capacity expansion and industrial growth.

Alberto Bacó-Bagué, Secretary of Puerto Rico’s Department of Economic Development and Commerce, said: “We are excited to work with a private-sector partner on the Port of the Americas, to help bring jobs and economic opportunity to the southern coast of Puerto Rico.

“The development of this port is just another step in our larger economic plan focused on long-term strategic growth. Infrastructure investments create valuable jobs in the immediate term and are pivotal to our sustained success in the years to come.”

In recent years, the Government of Puerto Rico has invested over $285 million in ambitious upgrades to the port, including dredging the entrance channel and berths up to 50 feet. This port is just one of the many infrastructure projects Puerto Rico has undertaken in recent years.

With a vigorous plan to improve, increase and diversify the island’s power production capabilities, as well as the expansion of island-wide broadband internet service, the Government of Puerto Rico is proactively positioning the island as a global business hub in the region.

Carlos Mejia, Port of Ponce Authority Director, said: “We envision the Port of the Americas becoming a major global shipping hub in the years to come. There are very few places in the region with a channel that is 50 feet deep. With carriers actively utilising larger vessels, a trend that we fully expect to continue with the reopening of the Panama Canal, the region will need a centralised shipping hub. Ponce certainly has the infrastructure, location and capacity to meet the demand in an increasingly global economy.”

Puerto Rico already has the busiest airport in the Caribbean in San Juan, with 5,000 cargo flights and roughly 8,800 passenger flights coming and going every month.

The Port of Americas plays an important role in developing Puerto Rico into a global business hub. With the expansion of the Panama Canal set to be completed in 2016, there is expected to be an increase in the number of large vessels coming into the region.