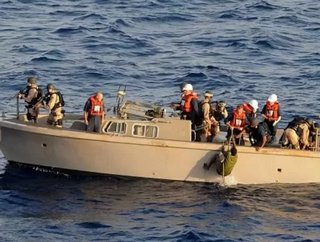 Some might be inclined to make a pirate joke to kick off this piece, but shipping leaders see the issue of piracy as no laughing matter. Indian ship ow...

Some might be inclined to make a pirate joke to kick off this piece, but shipping leaders see the issue of piracy as no laughing matter.

Indian ship owners this week said that piracy is costing the global shipping trade more than $9 billion every year, and are demanding that the United Nations set up an ocean fleet to patrol and handle the pirates off the Somalian coast in the Indian Ocean.

Currently, Somalian pirates have 26 ships and 600 crew members in captivity. Somalia hasn’t had an effective government since 1991, and pirates have found a safe haven to wreak havoc on global shipping operations from the Horn of Africa haven.

According to Anil Devli of the Indian National Shipowners Organization, rigorous international enforcement to disrupt the piracy is needed in sea lanes in the Arabian Sea and Indian Ocean.

“What is happening today is that various navies are providing escort services to ships along certain sea corridors,” Devli told the Associated Press. “We believe a UN effort would resolve the issue quickly and at much less cost than what the world economy is spending due to piracy.”

Devli continued to say that UN appointed armed forces would have a legal mandate to board suspicious ships, as well as armed naval vessels capable of attacking pirate vessels.

The Indian National Shipowners Organization has also asked the UN to impose a “no ship zone” off Somalia to prevent pirate ships from sailing Somalian waters.

Some shipping companies in India have already seen success derived from armed escort services, which the Indian government asked shipowners to employ earlier this year. Those shippers say that the move has been effective in helping prevent hijackings and piracy efforts.