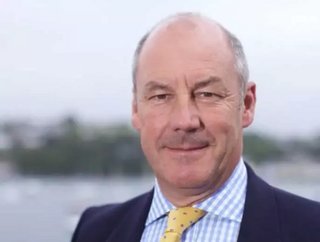 Peter arrives at the FLTA after completing a distinguished 37-year career with the British Army.

Welcoming Peter, FLTA chairman Martyn Fletcher said, “Peter is an exceptional communicator, who brings with him a wealth of experience in management, planning and policy.

“He has, in David, a very tough act to follow, but I am certain Peter will play a pivotal role in the development of the FLTA and the entire fork lift truck industry.”

David said, “Over the past decade the FLTA has evolved beyond recognition. There has been phenomenal growth in the level of support and the range of services available to our Members and as a consequence we have enjoyed continuous growth in our membership. Peter has the skills and vision to guide the Association to even greater successes.”

Peter said, “I am delighted to be joining such a highly regarded and dynamic organisation and look forward to working with the Board to serve the members of the FLTA and the many tens of thousands of people who work with or around fork lifts every day and who look to this association and its members for trustworthy information and guidance.

”Looking ahead, I see great potential for growth, especially in the relationship between the FLTA and the many thousands who own, operate or work close to fork lift trucks every day.

For more information on the FLTA and its activities, visit www.fork-truck.org.uk.

The Fork Lift Truck Association (FLTA) is Europe’s largest representative body for dealers, suppliers and manufacturers of lift trucks and associated equipment. Since 1972, the FLTA has been improving standards and safety in the materials handling industry, with initiatives including National Fork Lift Safety Week, the FLTA Awards for Excellence, and a national apprenticeship. A Safe User Group also encourages safety among Members’ customers.