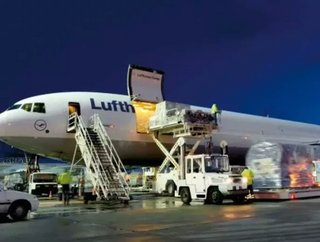 Frankfurt Airport, the hub for air freight giant Lufthansa Cargo, saw its volumes slip 6.5 percent in December from a year-on-year average. That decrea...

Frankfurt Airport, the hub for air freight giant Lufthansa Cargo, saw its volumes slip 6.5 percent in December from a year-on-year average. That decrease puts Germany’s busiest airport as one of the most troubled air ports in Europe, where business is slipping at a more gradual rate.

“After the extraordinary gains of 2010, the air freight sector has increasingly felt the impact of the slowdown in the global economy during the course of last year,” Frankfurt Airport owner Fraport said.

Some are pointing the finger at a recent ban on nigh flights as the main culprit to the falling air freight volumes. A local court in the state of Hesse ruled two months ago that flights between 11 p.m. and 5 a.m. were banned, which forced Lufthansa Cargo to change roughly 80 percent of its scheduled flights on short notice.

Among the changes in the cargo company’s schedules were the cancellations of three weekly freighter flights to China. The cancellation on night flights out of Frankfurt Airport will continue at least to March, when the court is scheduled to give a final ruling on the topic.

“We’ve managed at great expense to keep our customer services comparatively intact,“ Lufthansa Cargo Chairman Karl Ulrich Garnadt said in October. “We will be operating in future with unnecessary take-offs and landings, which will lead to more noise, higher fuel consumption and more costs running into millions.”