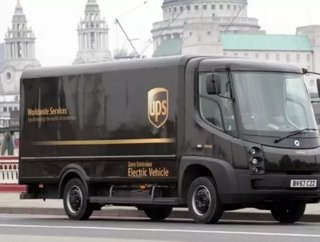 The ongoing struggle to make vehicles more fuel efficient in the wake of increasing fuel costs is expected to be a long, painful process. Dont tell tha...

The ongoing struggle to make vehicles more fuel efficient in the wake of increasing fuel costs is expected to be a long, painful process.

Don’t tell that to the United Parcel Service, however. The worldwide logistics leader with the famous brown delivery vans is experimenting with a line of lighter-weight vehicles that get almost 50 percent more miles for every gallon of fuel.

UPS cut its new van’s weight by 10 percent, roughly 1,000 pounds, by replacing the metal sheet body with panels of ABS plastic and is experimenting with smaller, lighter engines. UPS partnered with Isuzu and Indiana-based Utilimaster to come up with the design for the van, which has a four-cylinder Diesel engine.

The new UPS van will increase fuel efficiency by an estimated 40 percent. UPS executives said the benefits go beyond fuel savings. The new plastic body panels are easier to maintain and replace if damaged.

Five of the new lightweight vans began testing last month on rural, suburban and urban roads in Nebraska, New York, Arizona, Michigan and Georgia. If the new UPS vans hold up, they could eventually replace a third of the 70,000-plus vehicles UPS deploys around the world.

“It may not be the most exciting technology that you read about, but for a traditional vehicle, we found a big opportunity to give us a big difference for a conventional fleet, without changing our existing fuel infrastructure,” Dave Spencer, UPS’ director of automotive engineering, told GreenBiz.com

Reports show UPS ahead of the supply chain curve

In addition to experimenting with more fuel-efficient vans, UPS is trying out other vehicles that are powered by natural gas, hydrogen fuel cells, batteries and traditional gas-electric hybrid vehicles.