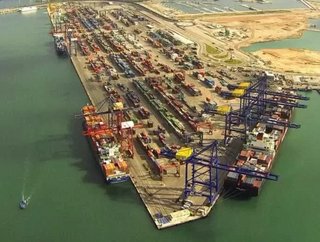 A consortium comprising some of the worlds most substantial container operators, including Chinese Cosco Group and French CMA CGM, have will be forming...

A consortium comprising some of the world’s most substantial container operators, including Chinese Cosco Group and French CMA CGM, have will be forming a new shipping alliance to rival Maersk Line and Mediterranean Shipping Co. in the Asia-to-Europe ocean trade area.

The formation, which will be called the Ocean Alliance, will include Orient Overseas Container Line and Taipei-based Evergreen Marine.

Subject to regulatory approvals from the US, the EU and China, the Ocean Alliance eventually will also soon contain Neptune Orient Lines Ltd., which was bought by CMA CGM.

By entering into the alliance, the companies involved are expected to cut down on operational costs by sharing resources. Having received the blessing of the Chinese, the alliance still must meet regulatory approval in the EU and America; the challenge remains for the new consortium to prove that it will not be a single dominant player in the trade route.