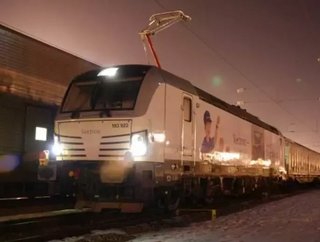 Eurotunnel and Siemens have teamed up to test the latest generation Siemens Vectron locomotive following the agreement to apply the European Technical...

Eurotunnel and Siemens have teamed up to test the latest generation Siemens Vectron locomotive following the agreement to apply the European Technical Specifications for Interoperability to freight trains travelling through the Channel Tunnel.

Tests were carried out overnight on 25-26 January 2013, where the Vectron loco was tested in standard configuration and hauling wagons with a total weight of 1,350 tonnes.

Following the completion of a series of traction, braking and pantograph tests, the Vectron became the first locomotive  to gain certification under TSI, HS and RST in Europe, meaning it is capable of hauling traffic directly from the continent to the UK.

Equipped with four axles, instead of the six on the Class 92, which is currently used in the Tunnel, the Vectron exited was tested to prove its compatibility with the systems and safety rules in the Channel Tunnel.

This series of tests is in line with Eurotunnel’s ambition to encourage the development of “normal” rail freight between the UK and continental Europe, that is to say without the need to use the very specific Class 92 locomotives..

Michel Boudoussier, Deputy Chief Executive  Officer  of Groupe Eurotunnel  SA, stated:“The approval of new  rolling  stock  is  the  vital  counterpart  to  the  open  access  model  put  in  place  by Eurotunnel. I am delighted that our cooperation with Siemens will open the way to new international rail freight flows, which will in turn, significantly reduce C0² emissions”.

Karl-Hermann Klausecker, Chief Executive Officer of Siemens Locomotives and Components (Division  Rail  Systems),  added:  “We  are  very  pleased  to  have  been  able  to  demonstrate  the exceptional capabilities of the Vectron. In keeping with the Vectron slogan, ‘Creating corridors’, we have been able to show that it is possible to operate through the Channel Tunnel, in a reliable and safe manner, using just a standard loco”