Network Rail is business of the year 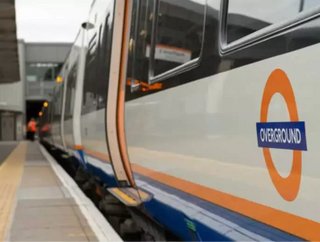 Network Rail Infrastructure Ltd (United Kingdom) has been crowned the winner of The Rail Freight Groups (RFG) coveted Business of the Year Award 2013...

Network Rail Infrastructure Ltd (United Kingdom) has been crowned the winner of The Rail Freight Group’s (RFG) coveted Business of the Year Award 2013.

The award recognises the company’s ongoing and effective process of internal transformation and its renewed focus on developing and working to better meet the needs of the rail freight sector.

The judges congratulated Network Rail and said it had helped boost the sector through a renewed focus on working with businesses and freight operating companies to assist in the growth of the rail freight market.

Judges said: “Congratulations to Network Rail, a business which in the judges' view has really transformed itself in recent times to display a real and strategically important focus on freight. Choosing a winner was incredibly difficult but as a category winner in its own right and a partner in the Project of the Year Winner, there was only one winner of this year's Business of the Year Award.”

The winner of the overall Business of the Year award is selected from all the entries and based on successful all-round performance.

Held in the evening of September 10, 2013 at Shendish Manor Hotel, Herts, NR also scooped the Customer Care award and was part of a team that won the Project of the Year award, as part of an effective partnership with Atkins and Balfour Beatty.

Tony Berkeley, RFG Chairman, said: “These awards recognise and celebrate all those who have strived to deliver even greater successes in an increasingly demanding rail freight market. I would like to say a huge congratulations to everyone in Network Rail’s team involved with promoting rail freight.

“The RFG awards continue to go from strength-to-strength and we encourage all our members to consider entering the awards. They are well known for being different to other award events, apart from being the only awards dinner dedicated to rail freight, they are informal, which isalways really appreciated by all of our guests.

“I would also like to dearly thank Simon Coppen of Burges Salmon LLP and John Smith MD of GB Railfreight for kindly supporting the 2013 awards.”

Other winners and runners-up on the night included;

On the night, some £1,595 was also raised for the Railway Benefit Fund, the chosen charity of the RFG Awards.